Technical – VIVALDA provided Parklex samples as well as visited site multiple times to provide technical support, plus all boards were optimised by  for maximum yield and minimum wastage.

Fabrication – The panels were cut in house using beam saws.

Delivery – The bulk of the material was delivered in 2 phases with a further smaller delivery for additional areas.

As well as accommodating the newly merged academic in-take of Dunrobin and Petersburn primaries, the building also needed to include a nursery and a language and communication support centre. Adjacent to the former Dunrobin Primary School building, which was demolished to make way for additional car parking and a new sports pitch, the newly opened Hilltop Primary is turning heads and winning awards, thanks to its eye-catching tower and modern external and internal cladding.

The iconic school building has won Best New Build Project at the 2020 Roofing, Cladding and Insulation (RCI) Magazine awards, which are held every year to recognize excellence and innovation in construction. Highlighting the Hilltop Primary, the judges said: “This project has a unique, drum shaped frontage that creates a strong and architecturally diverse structure. It follows the modern school design and has been very well executed.”

Boasting an imposing rounded front, the striking effect is created using 10mm copper-effect Parklex cladding. William Barlow, branch manager at Vivalda Scotland, said: “This was a technically challenging project given the fact that the sustainable wood cladding was curved on-site to create such a stunning effect. Credit should go to Glasgow’s Reid Roof who

developed the solution using aluminum T profiles with an aluminum flat plate to construct a ‘mould’ which was used to shape the cladding.

“Whilst the entire project at Hilltop school looks fantastic, one of its defining features is definitely the ‘drum’ section of the building, which contributed to its award-winning status. This unique elevation was achieved by the installer fabricating a bespoke backing substrate using the Nvelope rail system. This allowed the panels to be bonded utilising the Sika tack adhesive to create the curved panel effect. The panel used was the 10mm Parklex board in Copper finish. The material is manufactured in Spain and provides a very premium looking finish due to being produced from natural wood. “The most challenging aspect of the project was the use of Sika adhesive in Scotland’s bracing climate as it requires an ambient temperature of over 50c for at least eight hours, which is a rare meteorological phenomenon north of the border!”.

Stuart Parker, managing director of Morgan Sindall Construction in Scotland, said: “Delivering this kind of project requires open and early dialogue between every stakeholder involved. Careful consideration of how each former school’s identity can form part of the new establishment is all important. Involving pupils in the design of the new school uniform was a great touch and we were delighted to play our part in that by providing the ties to mark the project’s completion.”

This was a technically challenging project given the fact that the sustainable wood cladding was curved on-site to create such a stunning effect. Credit should go to Glasgow’s Reid Roof who developed the solution using aluminum T profiles with an aluminum flat plate to construct a ‘mould’ which was used to shape the cladding. 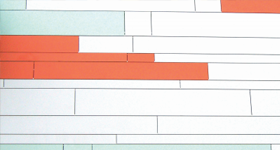 Any cookies that may not be particularly necessary for the website to function and is used specifically to collect user personal data via analytics, ads, other embedded contents are termed as non-necessary cookies. It is mandatory to procure user consent prior to running these cookies on your website.

Functionality cookies allow users to customise how a website looks for them: they can remember usernames, language preferences and regions, and can be used to provide more personal services like local weather reports and traffic news.

Here are some examples of how we use functionality cookies:

• Remembering if you’ve been to the site before so that messages intended for first-time users are not displayed to you.

These help us make sure that the website is working properly and fix any errors. And they let us try out different ideas.

Automated system collects data related to your visit to the property. Data can include information such as your IP address, device identifier, operating system, browser type and language, content or pages viewed, the date and time at which that content was viewed and any interaction with content and advertisements on those properties. We do not use, store or collect information such as name, email address, telephone number or postal address.

We sometimes use tracking pixels to assist with our marketing and delivery of online advertising.

By better understanding what our audiences are interested in, we can more efficiently promote our business to interested parties.

The technology to do this is made possible by cookies and as such we may place a ‘remarketing cookie’ during your visit. We are unable to proactively reach out to you personally as the process is anonymized, but you can also opt out of these cookies at any time.